Bachelor of Arts in Economic and Political Studies

Economic and Political Studies at Thompson Rivers University examines politics, government and political ideas, themes which concern the every day life of ordinary citizens as well as scholars, bureaucrats and politicians. The breadth of the subject means that Political Studies is a highly pluralistic discipline.

Political Studies or Political Science, as it is more commonly known, is one of the newest and fastest growing disciplines in the Humanities and Social Sciences. From a period in the early 1960s when there were few departments of political science, the discipline has expanded to the point where reputable universities must contain Political Studies departments.

Courses are offered in Political Studies at all levels of undergraduate education. The emphasis at present is on Canadian Politics and Government and Political Theory but courses are available in all subfields.

The offerings in first and second year are quite broad providing interested students with a wide ranging introduction to the discipline.

This wide exposure is particularly valuable to students who wish to focus on Political Studies either at TRU or elsewhere. At present, upper level courses are offered each year both in Canadian and Political Theory. All courses are not offered annually but rather on a rotating basis. Students who remain at TRU for four years will have the opportunity to take almost every course. 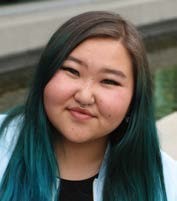 Before coming to TRU, I couldn’t even imagine how fast my life would change here. TRU gave
me all the opportunities I was looking for to unearth my true potential. I’ve met people from
various parts of the world, gained real-world work experience and most importantly, I have
learned more about myself. Being a part of the TRU community has been one of the most
meaningful and rewarding experiences in my life. One of the best things I did in my program
was my co-op. I put my learning into direct practice right away and that helped me secure a full
time position after I graduated.

A background in Economic and Political Studies at Thompson Rivers University not only creates politically aware citizens, but forces students to develop research, analytic and writing skills that stand them in good stead in whatever occupation they may choose.